About to start operations is Cebu’s own submarine. Underwater eco tourism! 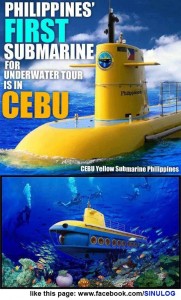 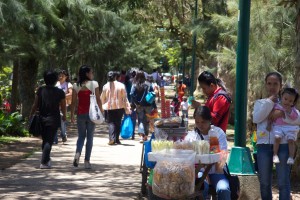 I have recently taken over all operations connected to the sale of my eBooks. I had let some aspects slip into hands that were busy with other matters and consequently sales dropped. I am hoping to rebuild the business to where it was two years ago, a place where you could comfortably live off it if you were living in the Philippines. Not manila or Angeles City perhaps but Cebu possibly and any provincial city certainly.

While the cost of living is up in recent years, it is still cheap to live there other than the fact the Philippines has the most expensive electricity in Asia. Some say it is the fault of the rich ruling families who own the infrastructure and give themselves discounts on their own power, rarely re-invest any of the profits in infrastructure and just pocket the money from a utility people must have. That may or may not be true but there is no question electricity is pricey here. Food is expensive too if you shop in the supermarket and buy western food items. If you keep it pretty native it is still cheap and of course, most poor locals don’t eat much and don’t eat as often. That’s why they aren’t fat slobs like us furringers!

I am translating the eBooks into German and Spanish and hope to sell a ton of them to these new markets. I am also planning on translating my novels into Visayan and Tagalog to give those learning the languages here something to read above an elementary school level reader. Stay tuned!

There is a new classified ad site for all things Philippines. Philippine Finder is the place to go for real estate, cars,Â  items anything that is up for sale for the expat or retiree. There is also a personals section where you can find friends, activity partners or seach for romance.Â  You canÂ advertise there free of charge. Right now it is a little light on for ads, but so was the Yellow Pages the day the first telephone was installed! The more people who use it to advertise and respond to ads, the better a service it will become.

How is this for irony…we were working on a review of Internet Service Providers for the Philippines but unfortunately the SmartBro service I was using at a friend’s house was down for a week and SmartBro support seemed incapable of fixing it. 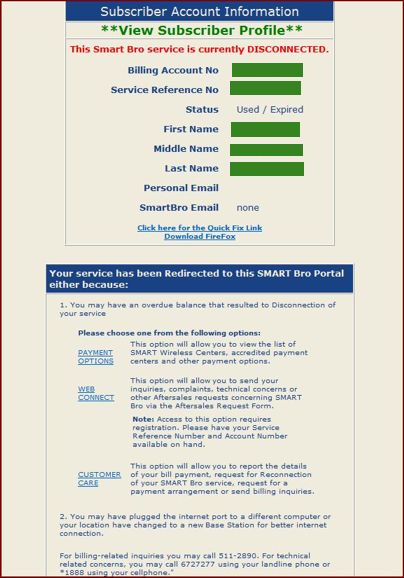 The message on the screen informed me that I had been redirected to a particular SmartBro page because the bill is not paid or the service has been moved.

This happened of Friday and trying to use their automated help line was not just frustrating but impossible.Â Â  They asked for account numbers which I carefully entered only to be told that such an account did not exist and the call was disconnected.Â Â

Back home a help desk will have an option to speak to an operator when you encounter any difficulty with the automated system but not SmartBrosÂ  1888 number.Â

So I had to waited till Monday and sent my assistant to what I we were told was the closest Smart office.Â  Â He came back a few hours later told that the account was in order and to just check our physical connections (was everything plugged in).

Given that he had told them that it was an actual SmartBro onscreen message saying the service was disconnected this was not at all helpful.

Later in the afternoon I travelled to the SmartBro office and spoke with one of the representatives that logged the fault and promised someone would call the next day.

No one called the next day so I returned to the Smart Office and this time spoke to a manager this time promised someone would be onsite the next morning.

No one called or visited and the Manager did not respond to any of my messages until late afternoon and then said he was “lowbat’ but I know this was not true as his phone had rung when I had tried it around midday.

I then begged and even threatened (only in terms of making a complaint) but the Manager Â John Hensen just did not seem to care.Â Â

On the Friday I ordered a new service on behalf of my friend and was resigned to never having SmartBro work again.Â Â

Then when visiting another Mall I saw a Smart office and decided to try one last time.

I waited about an hour feeling very frustrated but eventually my number came up and spoke to a lady who after looking at the account worked out the problem in just a few minutes.Â Â

It turns out that the account of my friend was in fact unpaid and by paying it the service would be restored in less than two hours.

The Smart office of John Hensen had not spotted this and was just too keen to pass me on to support but failed to take any responsibility or follow up when support failed to contact me.

I will write the complaint about the incident and also commend the lady at the other office that quickly spotted the problem and got a fast resolution.

As for the account confusion this is a very suspect situation that needs to be followed up by the owner of the service as there could be some sort of fraud.

With over 20 years hands-on experience in the Philippines, Perry Gamsby is considered an authority on the facts of expatriate life in this fascinating archipelago.  As well as having a Filipina wife, four children and the requisite extended Filipino family, Perry is a teacher of Filipino Martial Arts and a former travel editor of the country’s leading map and travel atlas publisher. Five years ago he created Streetwise Philippines Inc. publishing eBook guides to the Philippines for expat readers.

His first book and to date, still the best seller, is “Philippine Dreams” (also sold in some markets as “StreetWise Philippines”). This comprehensive examination of the phenomenon of Filipinas, the Philippines and his own decision to move to the Philippines and pursue his dream of living in a tropical paradise strikes a chord with all who read it.  Written in an entertaining yet informative style, the eBook explores life and living in the Philippines in a special way: “This is what happens, this is why it happens, this is what you as an expat can do to understand what happens.” You can read more about Philippines Dreams at http://www.philippine-dreams.com/

“Philippine Dreams” created a demand for more information, especially about the four most important topics of the matrix:  meeting a Filipina, marrying and migrating a Filipina, putting a roof over your head if you decided to live in the Philippines and finding ways to pay for all of this!  The results were “Filipina 101-How To Meet The Filipina of Your Dreams” (co-written with his Filipina wife, Amelita) and “Filipina 202 – How To Marry And Migrate Your Dream Filipina”. These valuable guides dismiss the misinformation and stereotyping of the Filipina on the many online dating/matchmaking sites and provide a balanced and informative guide to men looking for Filipina wives.   You can read more about these guides at  http://www.filipina101.com and http://www.filipina202.com

Perry has completed ‘Filipina 303 – Making The Magic Last’ although at this stage it has not been decided if the eBook will be released separately or as part of a three volume compilation of the ‘Filipina’ series.

THE LATEST RELEASE FROM STREETWISE PHILIPPINES

Although the topic of how to make a living in the Philippines was covered in brief in “Philippine Dreams”, the response from readers was so insistent that a new, updated and more in depth guide on how to support yourself and your family in the Philippines has been released.  “MAKING A LIVING IN THE PHILIPPINES – The StreetWise Guide To Business, Employment and Investing”, will tell you what you need to know to operate a small business, get a job or invest in a tightly regulated, highly competitive and immensely volatile marketplace.  It has been written with the average guy in mind; the everyday guy without the big retirement income set-up or pre-arranged ‘fatcat’ expat job contract who wants to escape to the Philippines and live every day with the Filipina of his dreams but still needs to make a living!

You can read more about “Making A Living In The Philippines” at http://www.makingalivinginthephilippines.com/ or check out all the Streetwise Philippines publications at http://www.streetwisephilippines.com/ The eBook, contains a wealth of information otherwise impossible to glean without having been there, done that.  In the safety of your own home you can learn first hand what is required to survive in a third world economy and be better equipped to decide if you should risk selling up and making that life changing move!

This E-Book will explain to you everything you need to know to start up a small business, get a job or invest in the Philippines!

The very latest publication is ‘Philippines Survival Handbook’ which takes a very holistic and comprehensive view of the things that can give you grief in the Philippines. From bent coppers to under-age girl scams, snakes and sea creatures to dangerous bus rides!